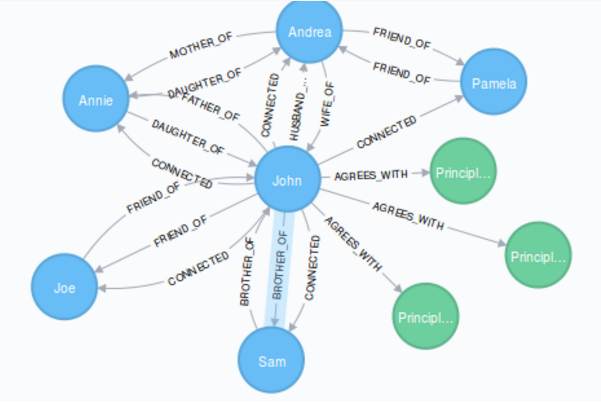 The following text is from Quaker friend John Kintree’s piece, Limits and Innovation, published on globalreferendum2020.org.

For more information on the Global Citizens Database Project, which John is involved with, follow this link.

‘We live on a finite planet.  There are limits to the resources we can extract from the planet, and to the pollution we can release into it. Limits can be altered through innovation.  For instance, the number of bushels of corn that can be grown per acre has increased dramatically in the last 100 years. Still, there is an ultimate limit to the amount of corn that can be grown per acre because there is only so much sunlight per acre, and it is the energy from the sun that causes corn to grow.

Innovative technologies can sometimes be double-edged swords.  Industrial-chemical agriculture is one of the largest sources of greenhouse gas emissions.  The increase in crop production in some locations has required massive amounts of irrigation, which is causing water tables to fall.  What will happen to food production in those areas when the wells run dry?

So it has been since the earliest of our ancestors who we would call humans walked upon planet Earth.  Limits, the need to surpass limits, and innovation. Is there a better way to start a fire?  How about rubbing sticks together, or striking a piece of flint a certain way?  Maybe while we were striking the flint to start a fire, we discovered a better way to shape the flint to make it a sharper tool, or maybe it happened the other way around.  Maybe the person who was shaping the flint discovered a new way to start a fire.

Imagine having a software agent that could be trained to know your preferences on political positions, and that could represent you in online discussions and voting, and alert you to significant developments to which you might want to give more personal attention.  That may sound awfully far-fetched.  On the other hand, that is the direction in which machine intelligence is heading. The software does not need to be human-like or super human, such as the fictional intelligent assistant in the movie “Her” with whom the owner of the smartphone falls in love.  The software only needs to be useful.

A software agent that could act in the political realm might be a huge improvement compared with human representatives who appeal to single issue voters, and after being elected consistently act in ways on other issues that are contrary to the interests of the people who voted them into office, or representatives who after being elected give preferential attention to the interests of their largest donors instead of to the general population.  Yes, a software agent that can act reliably in one’s political interests is a thing of the future, as are self-driving cars, and robotic surgeons.

In a football game, the receiver does not wait for the quarterback to throw the ball before starting to run down the field.  The receiver starts running downfield as soon as the ball is snapped in order to be at the location to which the ball is being thrown by the time the ball arrives there.  The ball of machine intelligence is in the air.  By May of 2018, it may have reached a place where it is good enough.  We do not want it to be intercepted, and taken in the other direction such as towards autonomous weapons, or surveillance of personal communications by some repressive state.

We want to catch the ball, and carry it in for a touchdown.  What would a touchdown be with machine intelligence?  What could this amazing technology, distributed worldwide through the Internet and held in our hands, allow us to do?  Well, yes of course, play games.  But what could we do with intelligent machines which would otherwise be impossible?

How about developing a plan for worldwide demilitarization, based on the principles of the Universal Declaration of Human Rights and the Earth Charter, and approving this plan through a grassroots-organized global referendum?  For the sake of verification, we could still choose to vote with paper ballots.

What about the risk from the double-edged blade of machines that can learn?  I’m not talking about autonomous weapons or totalitarian repression now.  There is also the risk of machines taking so many jobs from people that there is little employment left for us.  What will we do?

One possibility would be for the citizens of planet Earth to elect ourselves to serve as a Congress of the whole.  Since it is Congress that sets the amount of the salary and benefits of members of Congress, we would be setting our own salary and benefits.  We would need to be careful to set it only high enough to provide for a decent standard of living while not exceeding the limits.

To use a concept from ancient Chinese civilization, the yin and yang of respecting limits and pursuing innovation need to permeate every aspect of modern culture.

By the way, global political revolution is not a spectator sport.  Could we have a little help with the Global Citizens Database project, please?’
globalcitizensdb.org